Modest: comfortable accommodations with some services and amenities
Hotel Class

Modest: comfortable accommodations with some services and amenities 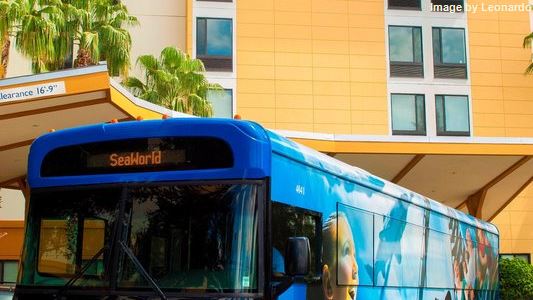 10801 International Drive , Orlando, FL, 32821, United States Of America
Dive into adventure and treat the family to an exciting vacation at SpringHill Suites Orlando at SeaWorld®. Ideally located on International Drive Orlando, FL, our hotel offers complimentary transportation to popular attractions including SeaWorld® Orlando, Aquatica®, Discovery Cove, Universal Orlando, Disney and Vineland Premium Outlets. Retreat to family-friendly hotel suites featuring mini-refrigerators, flat-screen TVs, free Wi-Fi and plush bedding. Take care of work commitments at ergonomic workstations before heading to our complimentary breakfast for a delicious spread of healthy American morning favorites. There's no need to interrupt your workout routine while you're in Orlando; our hotel boasts a 24-hour fitness center with cardio machines, gym equipment and free weights. After an action-packed day on International Drive, take a break and make a splash at our sparkling pool. With thoughtful amenities and superb service, our hotel near lake Buena Vista, FL, is designed to exceed your expectations.

Kick-start your morning in Orlando with an energizing beverage made with Starbucks® coffee at SpringHill Lounge, our hotel's on-site coffee bar and restaurant. If you don't have time for our free breakfast, grab a freshly baked pastry to go.

Start your day in Orlando, FL with your favorite drink and breakfast treat at our hotel's onsite Starbucks coffee house.

Advisory A minimum Parking Fee of $10.00 (plus tax) per day, per vehicle, will be charged and collected by the hotel at check-in or check-out. The parking fee is subject to change without prior notice. The information published here is to give the client an estimate of additional fees they may be responsible for but not a guarantee of the final amount due.

1618 reviews
Prices per person based on double occupancy including round-trip airfare via U.S. certified air carriers and round-trip airport/hotel transfers when arriving at airport closest to destination (for exceptions see Frequently Asked Questions), hotel taxes and baggage handling, fuel surcharges, and all pre-collected U.S. and foreign taxes. In some instances, pricing may specifically apply to one of multiple flights on select departure days. All packages are based on the lowest hotel/air classes available at time of publication, capacity controlled, subject to availability and change without notice. Promotional pricing may only be available for a limited time. Fees may apply for carry-on and checked baggage-view Baggage Policies. Some resort fees, environmental levies and departure taxes are not included and may be payable in resort. View Frequently Asked Questions for more information. Apple Vacations is not responsible for errors or omissions. Cancellation policies apply. Bookings are subject to the Fair Trade Contract. All public charter flights are operated by ALG Vacations Corp: Allegiant Air: PC 18-231, A319-156 seats or A320-186 seats /PC 18-234, A319-156 seats or A320-186 seats; Miami Air operated by TUI Airlines Belgium N.V. : PC 19-085 & PC 19-117, B737-800, 180 seats/PC 19-091, B737-800-183 seats; Swift Air: PC 19-092, B737-400-150 seats; Viva Aerobus: PC 18-228, A320-180 seats/ PC 19-079, A320-180-185 seats/PC 19-094, A320-185 seats. CST2139014-20 120319
02/02/2023 10:32:54 PM
2023